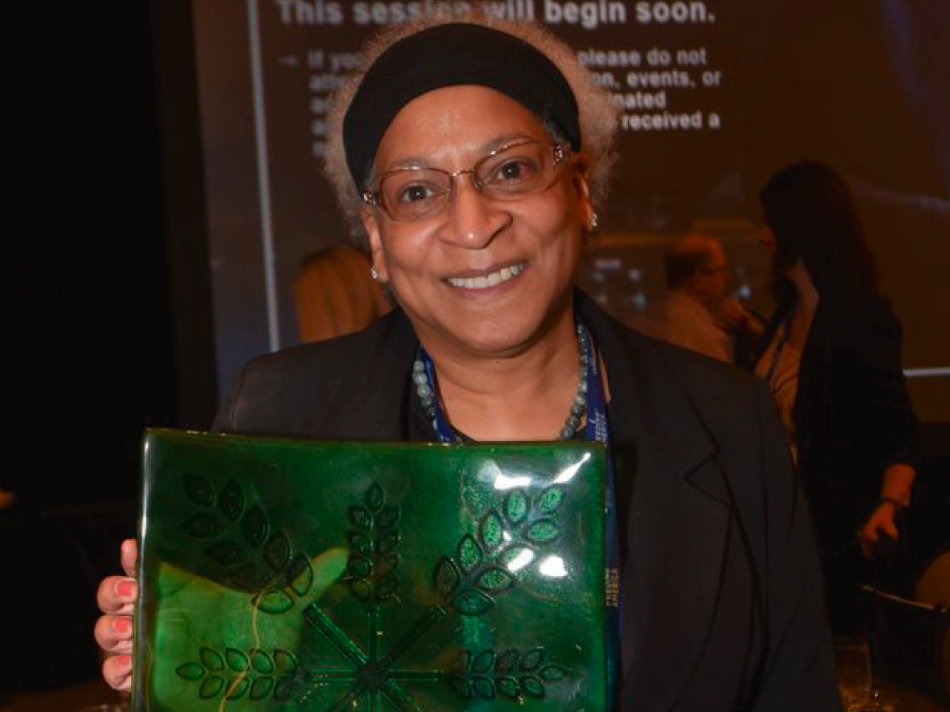 The award is the highest honor in food banking, a lifetime achievement award intended to be the crowning honor of a winner’s food banking career. The award was created in 2002 to honor the founder of the world’s first food bank, St. Mary’s in Phoenix, who is commonly known as the “Father of Food Banking.” The JVH Award recognizes career excellence in leadership, local impact, national influence, commitment, and entrepreneurial spirit in the area of hunger relief.

“Throughout her distinguished career, Valerie has demonstrated passionate, influential leadership,” said Claire Babineaux-Fontenot, CEO of Feeding America. “She carries a contagious optimism and truly believes in the mission of serving neighbors in need. Those who work with her know that she has the extraordinary ability to motivate people around her to see past every obstacle. Valerie’s work at Harvesters has led the organization to grow its food distribution, strengthen its financial stability, and enhance its innovative programming, all to make sure food is available to anyone who needs it.”

Nicholson-Watson has led Harvesters since 2013. But her involvement with the organization, first as director of community services, then as a board member, and finally as President and CEO, spans 20 years.

As president and CEO, Nicholson-Watson guided the organization through two years of COVID-19 pandemic response where the need for food assistance increased as much as 40 percent above previous levels. Despite great operational disruptions impacting volunteers and food supply, the organization raised more than $50 million dollars and distributed more than 136 million pounds of food to meet the increased need during this time.

Also, during Nicholson-Watson’s tenure, Harvesters marked its 40th anniversary, expanded both its Kansas City and Topeka facilities, enhanced its disaster relief response program, implemented a food pantry program within schools, and began its Hunger to Health Initiative which educates about the intersection of hunger and health and builds relationships with healthcare partners designed to address a root cause of hunger and help food-insecure families and seniors gain long-term stability.

Nicholson-Watson’s dedication and leadership to hunger-relief expands beyond Harvesters’ 26-county service area. She served as president of Feeding Missouri (the state’s association of food banks) and on the National Council at Feeding America.

Nicholson-Watson will retire from Harvesters on June 30. A search is underway for her replacement.